At first sight, opaque disordered materials such as paper, paint, and biological tissue are completely different from lenses and other clear optical elements. In disordered materials all information in the wave front seems to be lost due to multiple scattering. The propagation of light in such materials is described very successfully by a diffusion approach in which one discards phase information and considers only the intensity. An important clue that phase information is very relevant in disordered systems was given by the observation of weak photon localization in diffusive samples [2, 3].

Even extremely long light paths interfere constructively in the exact backscattering direction, an interference effect that can be observed in almost all multiple scattering systems. Interference in combination with very strong scattering will even bring diffusion to a halt when conditions are right for Anderson localization [4]. Since light waves do not lose their coherence properties even after thousands of scattering events, the transport of light through a disordered material is not dissipative at all, but coherent, with a high information capacity [5].

A propagating monochromatic light wave is characterized by the shape of its wave front.

By choosing a suitable basis, the wave front incident on a sample can be decomposed into orthogonal modes. Typical choices for this basis of modes are the orthogonal modes of a waveguide or a basis of plane waves in free space. As only propagating waves need to be considered, the number of modes is finite and they form the basis in which the transmission matrix is written. The transmission matrix of the sample specifies the transmitted field amplitude for each combination of incident and transmitted modes.

From a theoretical viewpoint, transmission matrices are useful tools to understand correlations in transport of light and other waves. Much insight into the properties of the transmission matrix has been gained in the framework of mesoscopic transport theory [6]. Hence, a 1 - mm 2 sample has about a million transversal optical modes. Until recently, measuring a matrix with the corresponding large number of elements was beyond technological capabilities.

Progress in digital imaging technology has now enabled measuring and handling such large amounts of data. In particular, spatial light modulators—computer-controlled elements that control the phase in each pixel of a two-dimensional wave front—are now creating a digital revolution in optics and are at the heart of the experiment by Popoff and colleagues.

In their experiment they used a spatial light modulator to precisely control the wave front of a monochromatic laser beam, which permitted them to address different incident modes of a strongly disordered sample.


Surgeons must be aware that these patients may have some residual perception of light through the sclera despite a successful procedure, and should be counseled preoperatively in this regard to have a satisfactory subjective outcome. The posterior vaulting of intraocular lenses designed to reduce the amount of posterior capsular opacification may reduce the occlusion. This may be prevented by using a less vaulted or non-vaulted lens.

Pupil block may occur if the lens is placed back-to-front, although this would reduce the space between the pupil margin and the optical portion of the lens. If one is to insert castellated rings to correct the problem of a symptomatic red reflex then the surgeon should use the model creating the smallest pupil size, ie, type 50E Morcher, 3.

A year-old female with a history of multiple sclerosis attended Accident and Emergency and was diagnosed with a pupil-sparing third cranial nerve palsy in the right eye. She had had optic neuritis in her left eye some 8 years prior to this attendance. She was also suffering from dizziness; looking out of the left eye exacerbated this symptom, to the extent that she wore a patch over her left spectacle lens.

An orthoptic assessment revealed oscillopsia in addition to her nerve palsy and suggested continued patching until the symptoms resolved.

Neurological opinion was sought from the Institute of Neurology London, UK which concluded that she had image delay from the previous episode of optic neuritis and oscillopsia from a separate episode of demyelination. Her symptoms did not resolve and she was fitted with a painted contact lens in her left eye. This was insufficient to control her symptoms, and she would wear sunglasses to further reduce light entering the eye. Eventually she became intolerant to the contact lens so a clear lens extraction and an occlusive IOL implant were performed under general anesthesia.

He had a year history of double vision attributed to the loss of central fusion. He described developing symptoms aged 19 years after falling through a first floor window and sustaining a head injury, at which point he suddenly felt dizzy, experienced diplopia, and became unable to focus properly. After several years he found his symptoms were worsening and began to develop headaches. He was aware of only using his right eye to see with, and would walk around with his left eye shut when possible.

If he tried to use his left eye he would find this intolerable, often culminating in a crippling headache. His local optician fitted an occlusive contact lens to his left eye. This controlled his symptoms for several years until the manufacturer ceased production, at which point he was referred to the eye service.

Orthoptic assessment revealed a slight left exotropia while fixating on near objects and concluded that there was minimal binocular function. Left clear lens extraction and insertion of an opaque IOL into the capsular bag Figure 1A was performed using an 80D Morcher implant optic diameter 6. The patient was still symptomatic from light entering the eye around the edge of the optic, being able to count fingers with this residual peripheral vision and a peripheral red reflex was observed on examination. Two 50C Morcher castellated ring segments were subsequently inserted to block out this persistent peripheral light several months later.

This relieved his symptoms, but the 80D implant decentered postoperatively and his symptoms returned. A third procedure was carried out a fortnight later at which point the implant was recentered, but despite this it was evident at the end of the operation that a red reflex persisted around the edge of the optic Figure 1B. His scotopic pupil was then measured as 6.

Through an Opaque Lens | palkabocmusas.ml

A Morcher sulcus-fixated custom implant Figure 1C , optic diameter 10 mm was then inserted in front of the previous optic and castellated rings all of which had since become intertwined, preventing removal. The patient no longer has diplopia though he still has perception of light. A year-old man suffered a ruptured anterior communicating artery aneurysm that was surgically clipped.

Postoperatively, he lost vision in his left eye — the clip had become displaced postoperatively, traumatizing the optic nerve. Trial of an occlusive contact lens eliminated the shadows, but difficulty with insertion caused him to abandon their use. He was referred to the hospital eye service for consideration of an occlusive implant. On examination, his visual acuities were as described above. The left eye demonstrated a dense relative afferent pupillary defect. Anterior segment examination was normal. The optic nerve was atrophic and the retinal blood vessels were attenuated.

The right eye was normal. An infrared pupillometer was used on the left eye, measuring mesopic and scotopic diameters of 4 mm and 6 mm, respectively. The patient underwent uncomplicated left clear lens extraction through a superior scleral tunnel wound under general anesthesia. An 81D Morcher biconvex implant optic diameter 7. Otherwise ARMD Age Related Macular Degeneration can be speed up, due that visible light as violet, indigo and a part of blue is passing the lens and touching on the old macula and retina.

Different types of cataract are as include Cataract subcapsularis posterior posterior subcapsular cataract and nuclearis cataract nuclear cataract. A large part of the ultraviolet radiation is filtered through the eye, conjunctivitis cornea , sclera and lens. The result is a clouded view through the lens which appears to the sufferer as in the images above. Our products protect your eye, sclera, conjunctiva cornea , lens, macular and retina. Of particular importance is the protection of your macular and the retina. 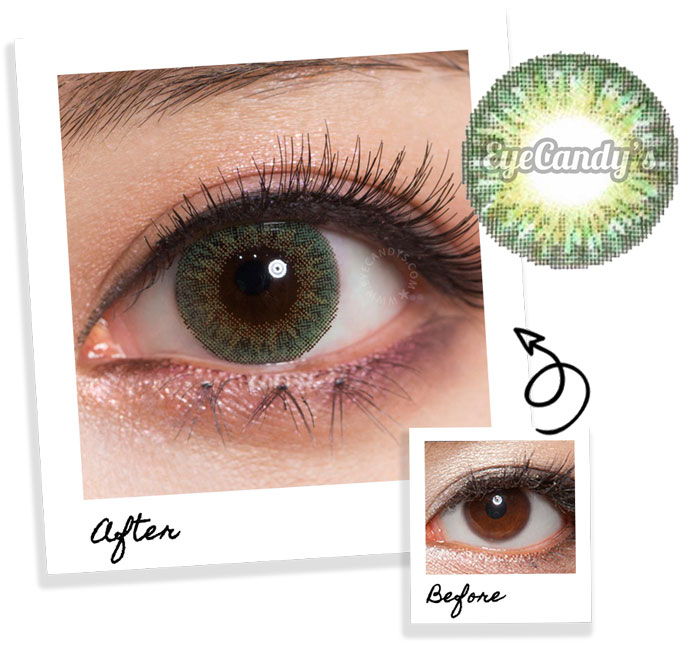 Related Through an Opaque Lens